When you book with an account, you will be able to track your payment status, track the confirmation and you can also rate the tour after you finished the tour.
Sign Up
5580

This sightseeing tour “South coast of Crete” provides an excellent opportunity to get acquainted with the picturesque nature of Crete and visit some of the most beautiful places of the island.

Each participant is advised to take out health/travel insurance before travelling to Crete.

First we will go to the Kournas Lake, which is the largest freshwater lake the island. It is located the border of Chania and Rethymnon regions. The translation of the modern name from Arabic means «lake». Previously, it was called Korecia — in honour of the goddess Athena Korecia, whose temple was built right the lake shore.

The lake attracts attention with its mountain landscapes, numerous shades of water that change in the sunlight. The territory of the lake is protected as rare species of animals live here. You can swim in the beach area in the east of Kournas.

Next we will visit the beach of Plakias. Its length exceeds kilometre, so it is of the longest beaches of the island. The infrastructure is quite developed here: The coast is lined with bars, discos, restaurants, taverns and souvenir shops. You will not feel boring a noisy beach, as a wide variety of water entertainment will satisfy the wishes of even the most demanding tourists. Here you can:

The next object of our interest will be Preveli Monastery — an architectural complex consisting of two parts:

Our qualified guide will tell you in detail about interesting historical event associated with the monastery. To date, there is active monastery — Piso Preveli. The lower monastery was closed in 1970. After a long reconstruction, in 2013 it was decided to open it for tourists. Not far from the lower monastery there is of the main attractions — the majestic impregnable bridge stretching across the Bourtzoukos Stream. It was built by monks in the middle of the XIX century.

Today, there are 3 monks living in the Upper Monastery. Piso Preveli stands top of a small hill, near the Megalos Potamos River.

On the way to the monastery, we will have a chance to see the Kourtaliotiko Gorge. This is of the most fascinating places in the region. The height of its tops in some places reaches 250 meters. It is impossible to pass but you can go down to its bottom. At the beginning of the descent you can see a stone arch, behind which a comfortable staircase begins.

Another name for the gorge is the «Gorge of the Flapping Sails». It occurred due to the fact that at the beginning of the route you can hear distinctive flaps similar to flapping sails. It is believed that these sounds appear because of the wind. According to another version, the reasons for their appearance were stones that roll down the slopes of the gorge from time to time.

How to sign up for a sightseeing tour South coast of Crete ? 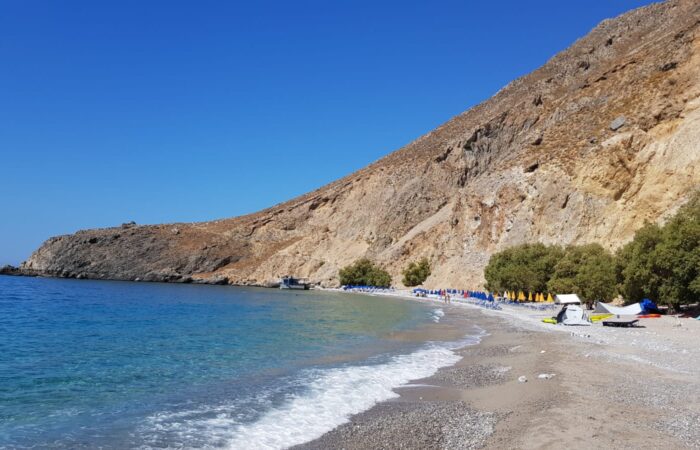 From€99
Private or mini group
0 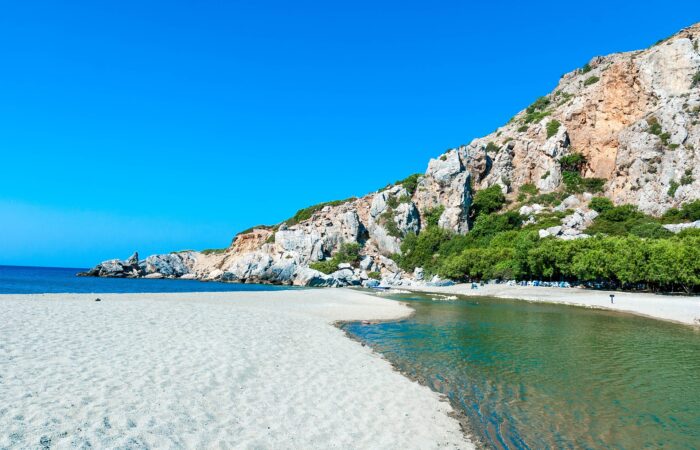