When you book with an account, you will be able to track your payment status, track the confirmation and you can also rate the tour after you finished the tour.
Sign Up
5529

Want to know more about the history of the Palace of Knossos Archaeological Museum? Then welcome to Heraklion city. It is here that we can visit the most famous and significant sights, as well as learn a lot of interesting things.

The Palace of Knossos

Going to the island of Crete, you should use the chance to get acquainted with one of its greatest attractions. The Palace of Knossos, which you can see on numerous postcards, is the object of the most interest of thousands of tourists.

This is connected not only with the legend about the Minotaur, who was supposed to live in the palace and whom Theseus had defeated so greatly. It attracts attention and impresses with due to the height of archaeological thought based on which the building was designed and implemented.

The exact date of foundation of the Palace is unknown. As a result of numerous unfavourable factors, it did not reach our days in its original form. If it were not for the efforts of archaeologists, we would not be able to admire ancient buildings today. It became possible to partially restore the building only in the XX century. Looking on the fragments, one can only guess how the Palace looked like.

It was called as labyrinth not by chance. The building was constructed in such a way that the premises were located chaotically and at different levels. They were connected by narrow identical passages from which it was almost impossible to get out. The building stands on powerful columns. Scientists could find one of the most ancient sewer systems among its ruins. Due to the fact that the ruins were deep in the ground, the robbers had no chance to plunder the unique artefacts. A lot of unique ancient things, frescoes and jewels were found on the territory of the Palace. You can see them personally and hear their unique history in the Archaeological Museum which is a mandatory point of our program.

We will also visit the heart of Crete – its capital, the city of Heraklion. Many interesting sights are waiting for us here:

In the main square of the capital called Venizelou, which is popularly called the Lions Square, you can see the beautiful Morosini Fountain. It was built to provide water supply to the city. The central part is occupied by 4 lions, whose images we can see on the pedestal.

You can get acquainted with the works of Nikos Kazantzakis in the museum located not far from Heraklion. You should certainly visit the Venetian Fortress, which was built to protect the coastal zone against the invaders. The attraction of the Fortress is the lighthouse, which was previously a mosque. In the 17th century, the Turks conquered the Fortress, for which they fought for years. They left only ruins behind. Presently, you can see only the Fortress walls remained, which are quite well preserved.

How to sign up for a sightseeing tour Palace of Knossos Archaeological Museum?

During the sightseeing tour we will be able to learn the history of the capital of Crete and see its outstanding memorial places. The trip will be very interesting and informative for both adults and children. In addition, there will be many opportunities to take beautiful photos. 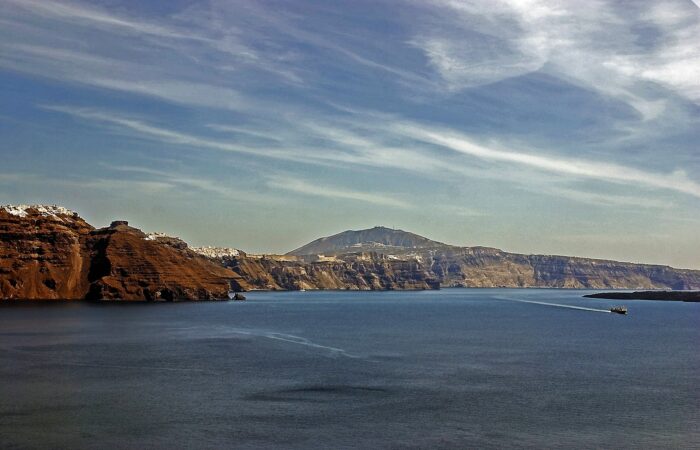